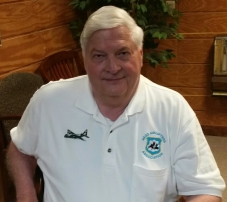 After leaving the trucking industry in 2008 Art had no desire to retire; so he started thinking of ideas for a new business that would help his local community and also keep him busy at something he enjoyed. He had loaned money to his fellow service men during his years in the United States Air Force; so when the opportunity presented itself to purchase a payday loan store in Portage, Indiana he was delighted at the opportunity. He then opened a store in Monticello, Indiana, where he continues to work daily. Later, he was able to expand the company by opening stores in Lafayette and Rensselaer, Indiana.  Art then added check cashing services for the Monticello location only.  Lastly, he decided to add the very fun services of gift card purchasing for all stores in 2013.  He is very thankful for the blessing of being allowed to help his community by providing jobs through the multiple Lending Hand locations that are providing, in his opinion, a much needed service for the under banked. He takes great pride in his local community where he lives with Janet Anderson, his wife of over 30 years, a Benton County native, then Janet Jefvert. In 2016 Janet retired from the Monticello Library after a career of over 20 years.  Janet’s sons are Wayne and Dale Ringer. Art’s remaining children are Arricka and Art Anderson Jr. 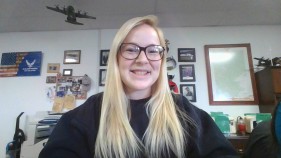 Alleigh is the GM here at Lending Hand. She started with our company in June of 2018. Alleigh typically works out of our corporate office in Monticello, however you may catch her at either of our loacations. She is also a Mathematics techer at Twin Lakes High School . She love her husband, daughter, and their two pugs, Kal and Ricky.  She has an older brother who lives and works in Prague, Czech Republic.  In her free time Alleigh enjoys playing video games and watching The Office and How I Met Your Mother.  Alleigh’s name is pronounced “Aly.” 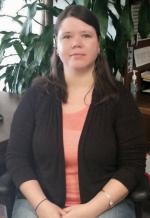 Jen is the full-time manager at our Monticello branch. She has been with Lending Hand since April of 2011 and loves it. She started out as a part-time lender to help out while another employee was on maternity leave but then was moved to store manager later in 2011.  Before she started here she worked at Pizza hut for over 10 years.  The thing she likes the most about working at Lending Hand is the people she works with. She likes Lending Hand’s friendly and welcoming work environment. Everyone is easy going and easy to talk with if there is a problem. She loves the customers she has gotten to know, and also loves the fact that customers can trust our company to do what we say we will. 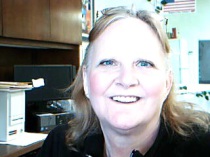 Cindy is the part-time lender at our Monticello branch.  She started with the company in June of 2009.  Before working at Lending Hand, Cindy worked as a Certified Pharmacy Technician at Hook’s Drug Store for over 22 years. She has the pleasure of working alongside her wonderful daughter-in-law, Jennifer Suhr, who works full-time in Monticello as well.  Cindy has two amazing grandchildren whom are the lights of her life! Cindy has worked for a time in every one of our Lending Hand branches. She thoroughly enjoys her time at Lending Hand.  Her favorite thing about working at Lending Hand is the friendly, family oriented nature of the business. She has always loved to help people in need and loves being able to help people with short-term financial troubles.   She always put a smile on her face, so she can put a smile on our customer’s faces.

Greg is the full-time manager at our branch in Portage, Indiana. He has over 20 years experience in the payday loan industry. He began his career with Check into Cash of Northern Indiana but was unsure of his future when the owner decided he wanted to sell the business. He then found out Art was in the process of getting his loan license so he called him to see if he was interested in purchasing the business in Portage. When Lending Hand opened in Portage on February 1st 2008, we already had Greg, who continued working in Portage and has been one of the most valuable assets to the company. He loves the freedom that Art and Alleigh give him to run the Portage store.  Because of his vast knowledge and experience in the payday loan industry they know they can trust his judgment fully.  Greg is married and has a son and loves spending time with his family more than anything. He is also a lifelong golfer who takes pleasure in spending time on the course.